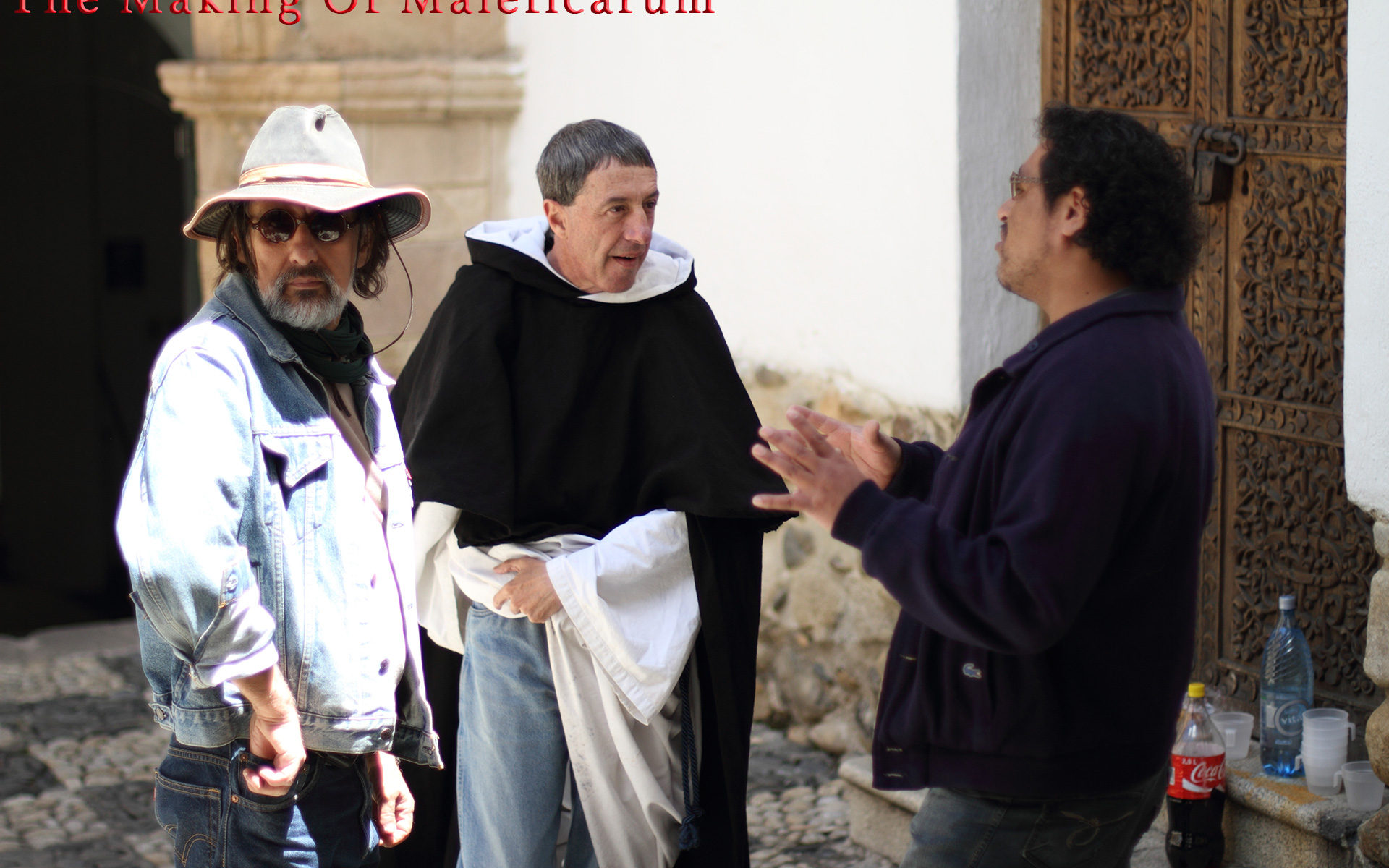 As told by Beto Lopez

A poet once wrote, “as the calendar vacates the premises…” In this case, we were vacating 2010, when – almost out of nowhere – we had this event that, in time, would become the film Maleficarum.

It started for all of us with a series of talks given by the director Jac Avila to the cast and crew, to the end of introducing them to the world they would be inhabiting over the coming weeks.

It was on a distant Saturday afternoon, that we had the wardrobe fittings, and that’s really when we all experienced a metamorphosis into our characters. At Jac’s home studio, we all had a kind of floor show – competing for the most striking costume.

The guards began sparring with their swords, the ladies would compliment each other on the extravagance of their dresses and they walked as if on the fashion runway. The priest observed his garb with modesty, as the inquisitor insisted on having his picture taken – displaying his own costume as if he were a boxer showing off the championship belt.

A green vest with trimmings over here, a hat with a flourish over there, a robe here, a sword there… The fact is, once the fun and games died down and everyone was fully dressed, they could hardly believe their own eyes. The transformation had been complete.

The next phase was on the very next day on Jaen Street, a preserved colonial walkway in La Paz – one of our great tourist attractions, where the crew took the first steps in this production.

We were all under Jac Avila’s orders, and we had actually been transported to the 17th Century, because once the cameras started rolling, everything was different. You’d look around yourself and wonder: “Where did the 21st Century go?” 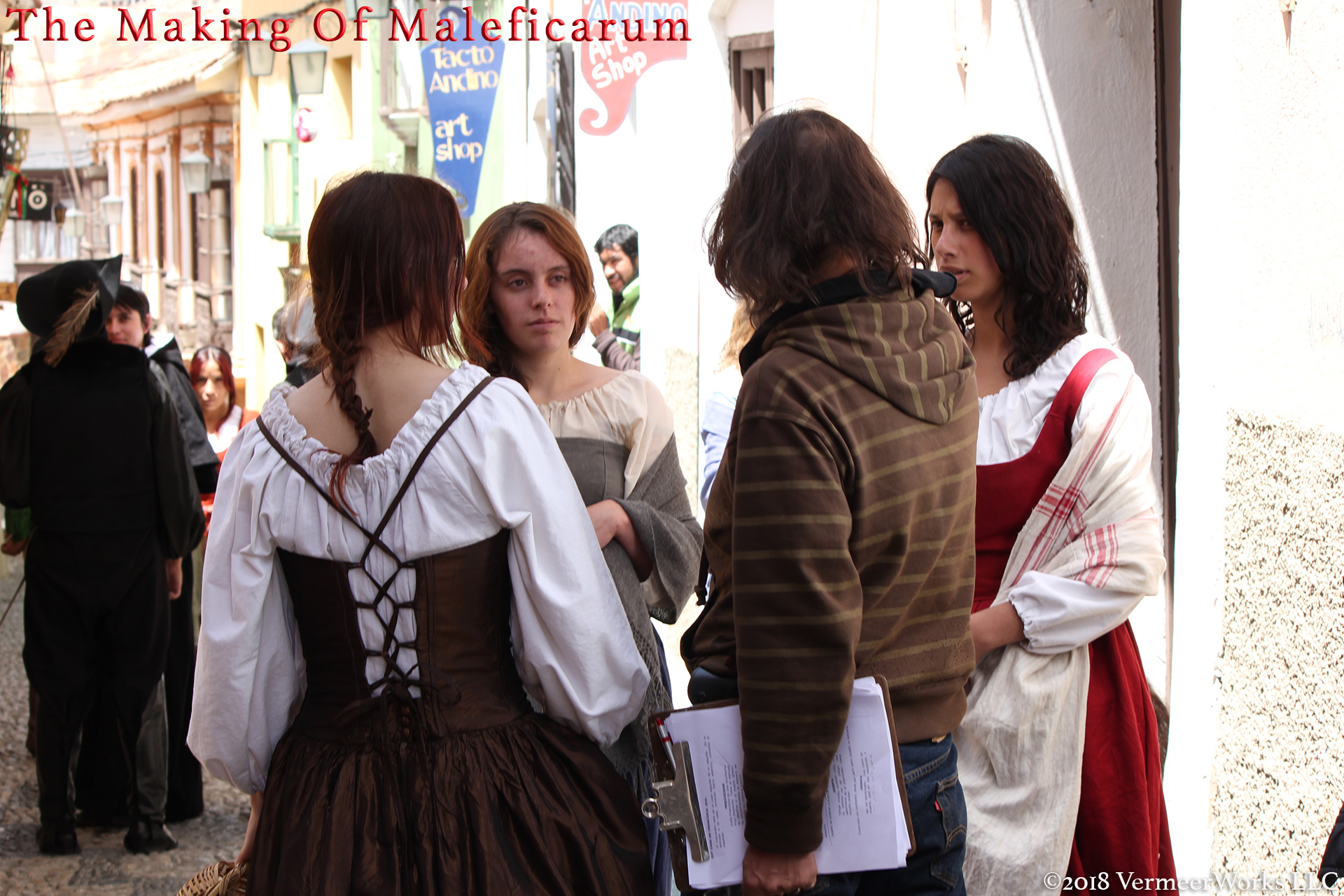 One could see a group of ladies harassing a fearful young woman. Transients walked the streets. A goat wandered around the corner as priests, accompanied by their personal guards, advanced soberly over the cobblestone streets. At that moment, there was no doubt Maleficarum had begun its journey towards becoming the first Bolivian inquisition film, and one of the few made in Latin America about the subject.

Little by little, the 17th century wrapped itself around us all. The days to come would bring with them old houses, the Holy Office, the terrible inquisitional court and, most horrible of all: the dungeon in which instruments of torture awaited together with the executioners, who themselves had gone through a sharp transformation.

And so, the production took its course. Each day, the crew would travel back in time and to different locations. They even traveled to a peaceful valley outside the city, stoking the witch’s bonfire, as they ate sandwiches and drank mineral water.

When shooting wrapped, everyone held on to the feeling they had lived in the past, they had actually been guards or priests… executioners or their victims… Wild ladies or tough men, with the blood of filibusters. It was a kind of magic realism, which took over the sets during these unforgettable weeks.