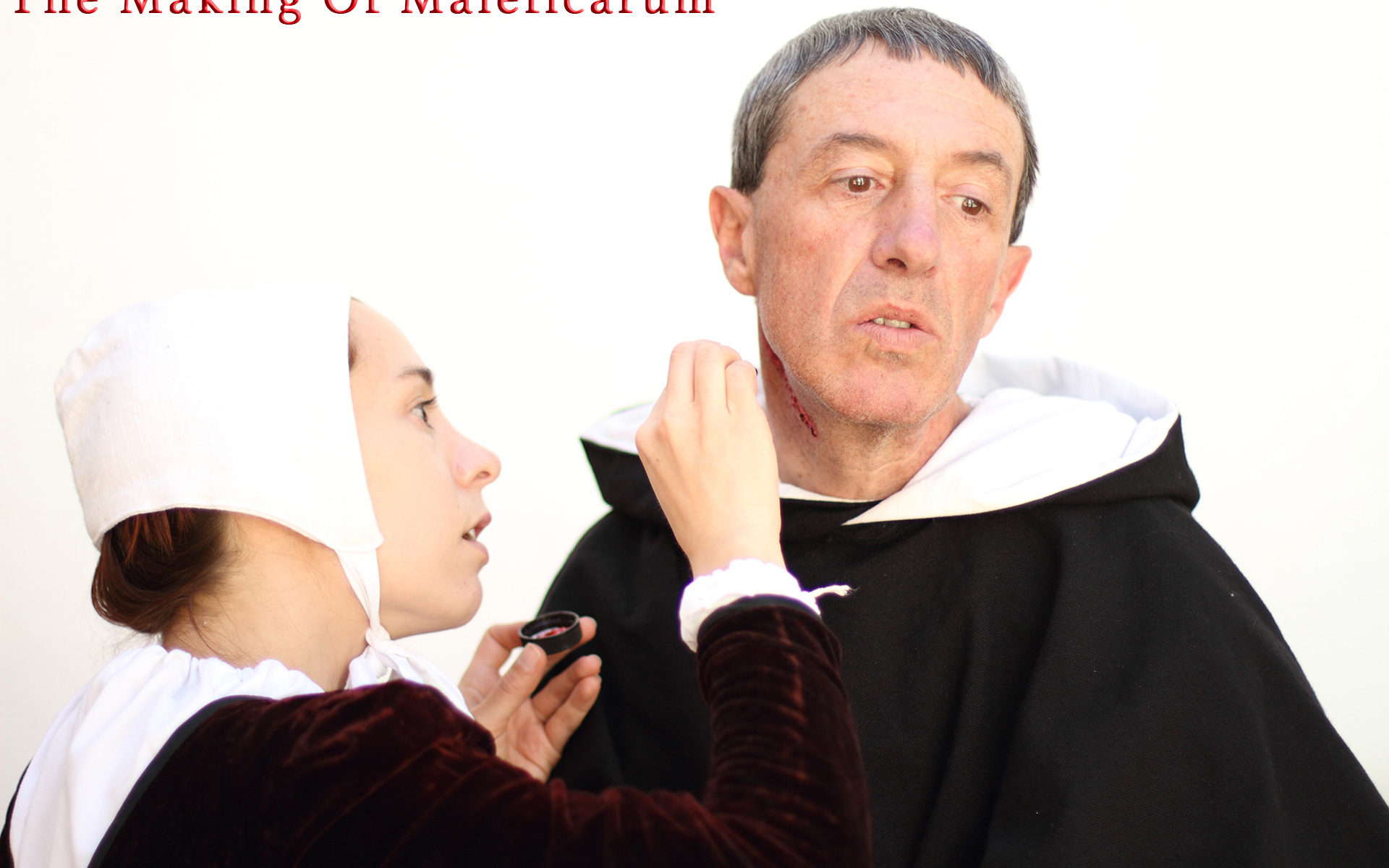 How was Maleficarum made as told by Beto Lopez L. The Inquisitor.

I must confess that I was on the set of the new Jac Avila’s film, Maleficarum, a story that take us to the times of the inquisition by the hand of a director who doesn’t hesitate to put to the test everything that surrounds him; like a doctor that, scalpel in hand, prepares to neatly dissect a body. It’s not clear to me if it is to cure or to cut, but whatever his intention is, he will do it with professionalism and in an almost aseptic way. 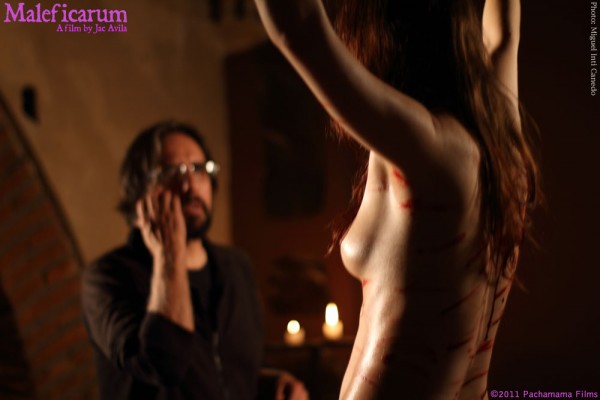 Jac Avila directs Amy Hesketh on the set of Maleficarum.

That’s where the two leading ladies, Amy Hesketh and Mila Joya, come in. Mila accepted to be in this movie, almost without really knowing what was waiting for her, while Amy, being a producer, knew exactly what was in store, more than that, she had a hand in shaping what was to come. 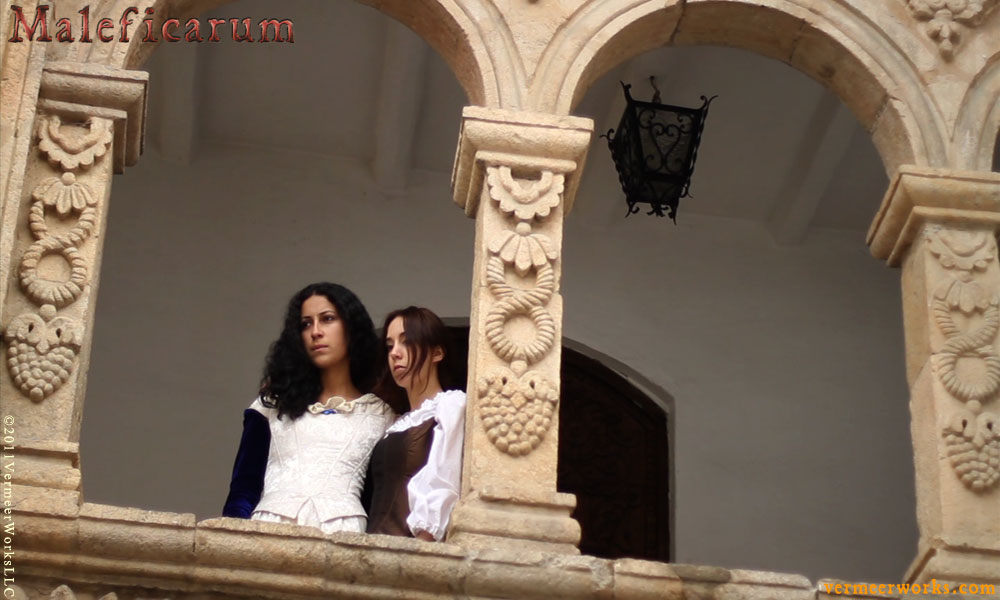 While one, Mila, hardly knew how Avila was going to shape her acting to unsuspected levels (the other, Amy, knew very well) achieving something that few directors do, make the pain of torture and the crudity of the scenes transcend the plot to install themselves in the set, where everything is silence but the feeling of surprise can be seen in the eyes of his collaborators, in the disguised expressions of the gaffers and the whispers of the cast that try to say: we’re accomplices of this savagery. 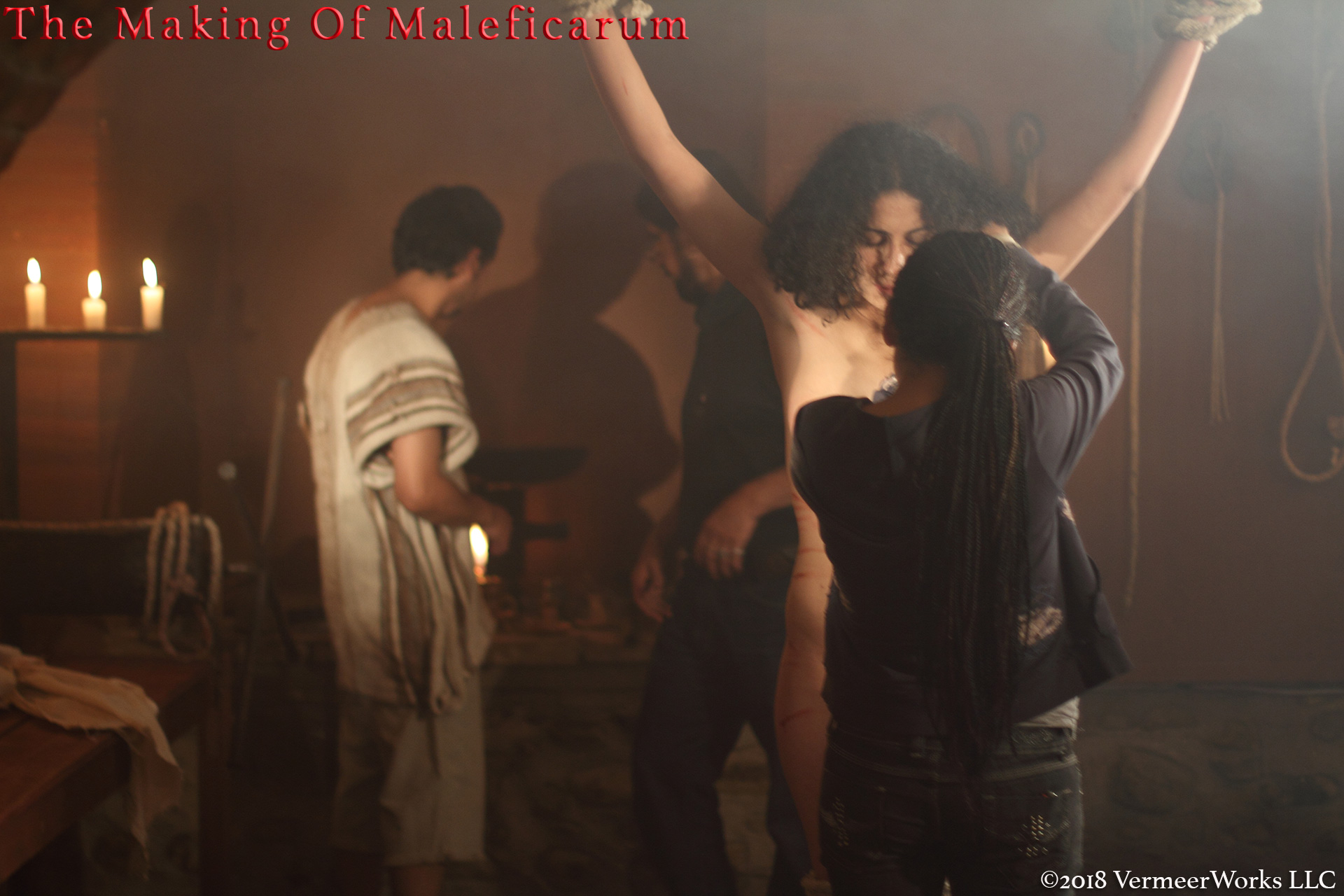 A series of torture instruments, appropriate to the time, along with an incredible location that transport us to a prison in the 17th century welcome us with the novelty that implies to be a movie set, everyone comments in an almost syrupy way, how nice or how well it is made, someone ventures to comment that it doesn’t look like it is made in Bolivia, they drink some coffee and talk about conjectural things, something like a new break… until Jac Avila arrives and then all changes in an incredible way. 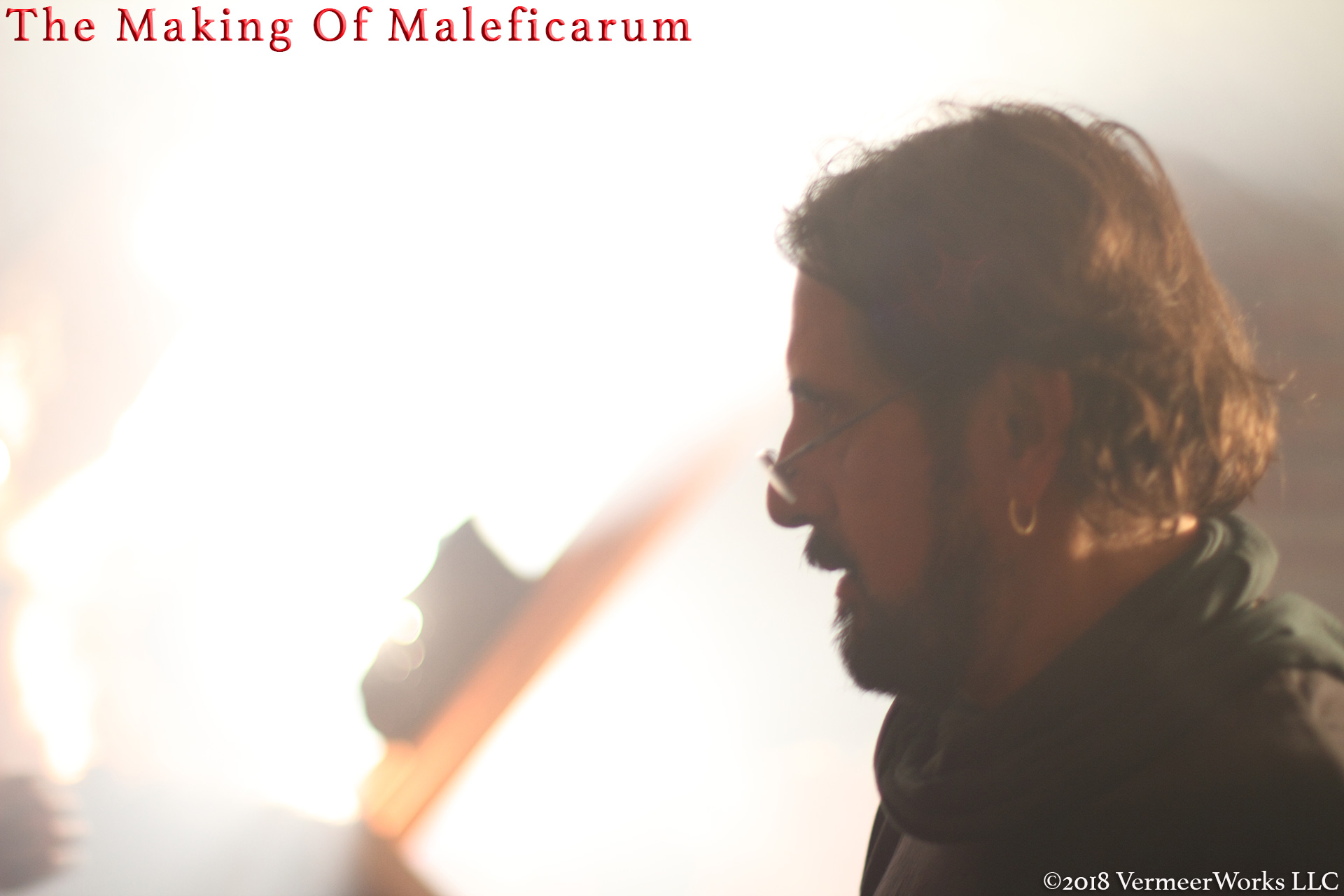 In an instant the atmosphere fills with screams, lashes of the whip, the hissing of red hot irons and the well known purifying fire always present to purge those who dare sin against the church and its codes.

Avila, holding his scalpel or orchestral baton or his smile creates an ambiance that crosses the border between talent and plain daring, between art and evil, between fiction and history while Amy and Mila submerge in the sea of their despair, until, almost miraculously  the waited word arrives: CUT. 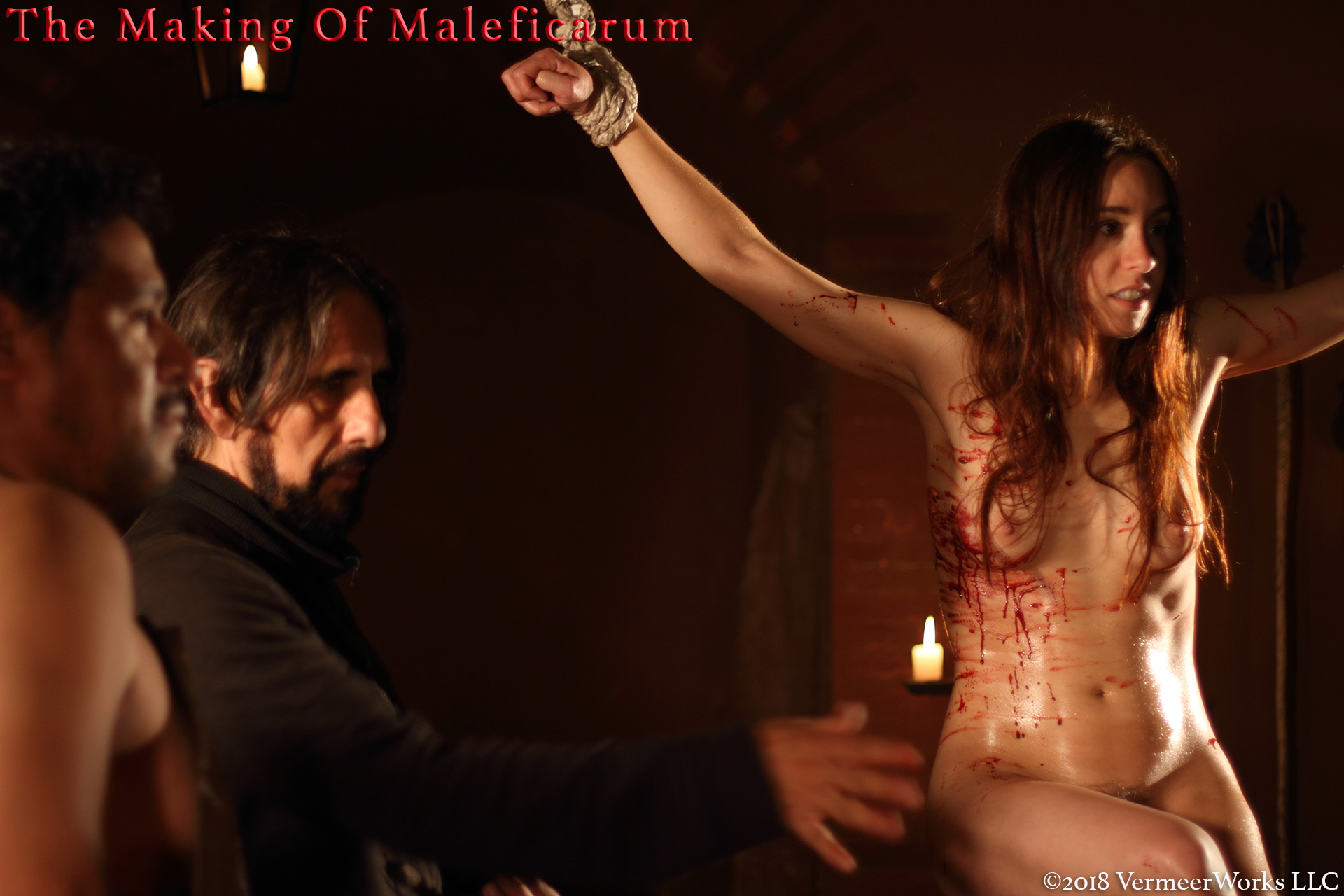 Days and weeks pass by and the story takes shape, although in a cruel way, two young women know love, two young women that walk through life innocently, naively, two young women that expect something good from the future until they have the misfortune of falling into the hand of the Holy Office, there everything will change and they will go from love to pain while the church prepares the trial and Jac prepares his baton, or scalpel or his smile while the rest of the witnesses on the set ask ourselves… how the hell did we get into this?

Maleficarum is out in DVD and VOD (Downloads)