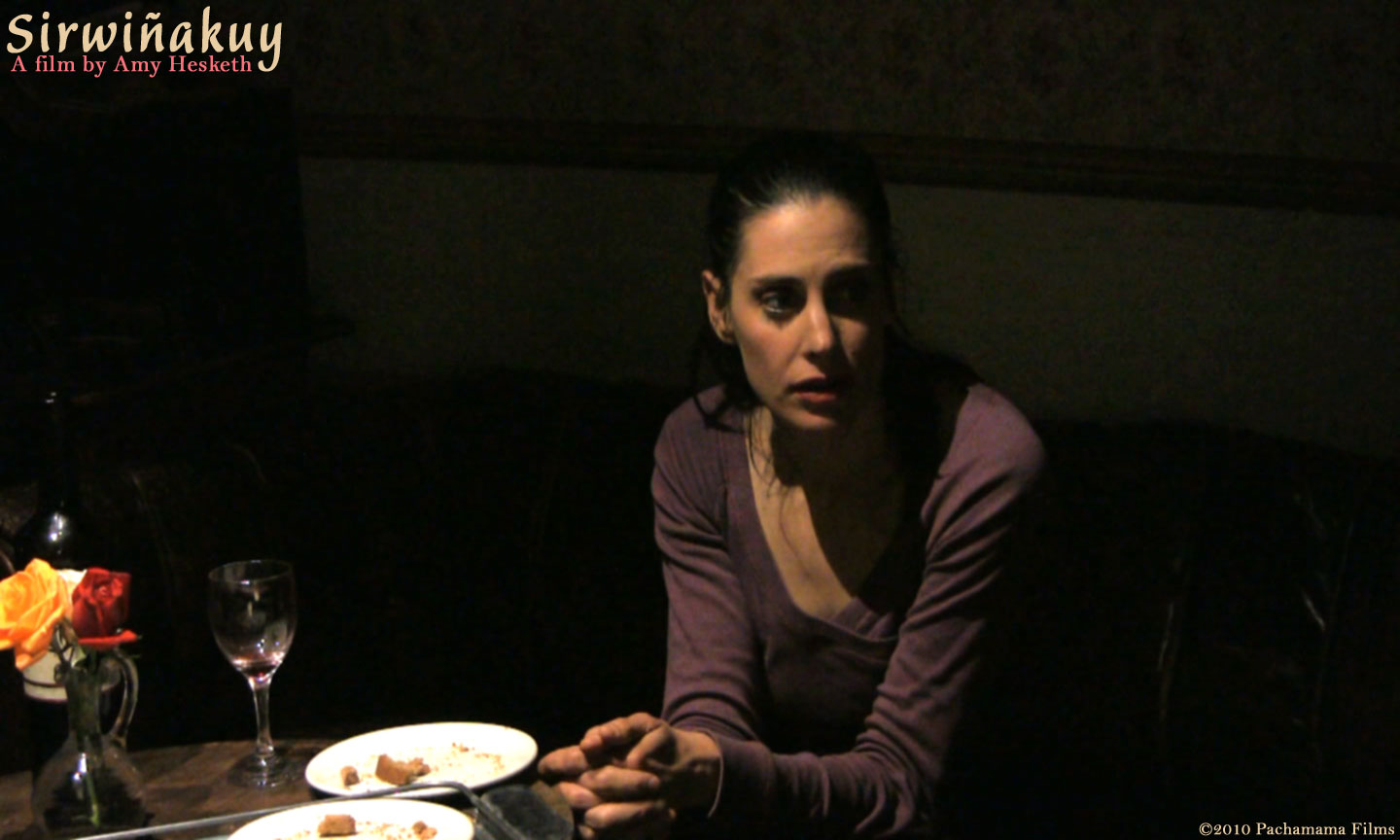 Another Fine Review of Sirwiñakuy!

(And some notes on cameras, and creativity)

Yesterday, a positive review was published of my first film, Sirwiñakuy, in The Beverly Hills Outlook . 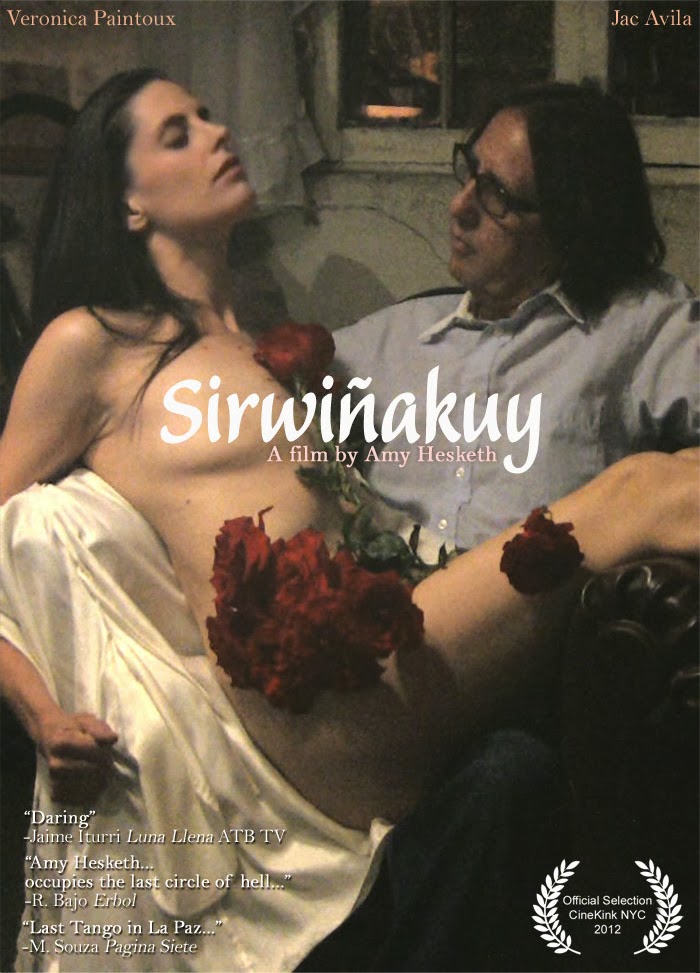 Here’s an excerpt below:

“What is most significant about this remarkable film from 2010 is how completely director Amy Hesketh absorbs and makes cinematic conventions her own, breaking them at will, such as her insertion of sped up footage though back streets to bridge scenes, as opposed to standard editing practices. Though her approach is an exercise in masterful storytelling, she boldly turns to documentary techniques when her fiction leads to an open Andean market, where whips are sold as common merchandise. Despite her employment of cinematic narrative traditions, her approach is also symbolic, with the Andes, whose culture she drew upon for her basic premise, hovering over the landscape in the background, and in red high heels that represent Woman’s sexual nature.”

I love going back, now that I’m directing my fourth feature film, Olalla, and looking at what I accomplished in the beginning. It’s been an amazing outpouring of creativity since then. I’ve had the luxury of writing scripts, and see them made into films, things of beauty. I’m very proud of the work I’ve done so far.

Often, a director can be forced to make certain choices in the cinematography, and the way a story is told, based on the camera that is used. This can be especially true with low-budget independent cinema. When Sirwiñakuy was in the planning stages, Jac and I discussed cameras. He had a professional Canon camera that had a great sensor on it, but only shot in SD. I really wanted to shoot Sirwiñakuy in HD. And the only HD cameras our company owned at the time were two Canon prosumers. But, they had CCD sensors and a great look. I convinced Jac that the film could be made with them. We had shot test footage with them, and it gave the film the voyeuristic, hazy look I was going for.

What those cameras also did for the film was make it easier to experiment with shots, especially in the taxi, and in the market in El Alto. When you can take a camera off of a tripod and do handheld without the necessity of a huge crew, you can achieve different shots. You don’t call attention to yourself, your crew, it’s more on the fly, and you’ll be surprised with what you get.

I’ve been thinking about a new camera, something that can be taken off the tripod, held in the hand and go out into the street, the jungle, anywhere, and how that will change the way a story is told. It’s time to loosen up a little.

You can find this film on VermeerWorks.com and Amazon.com