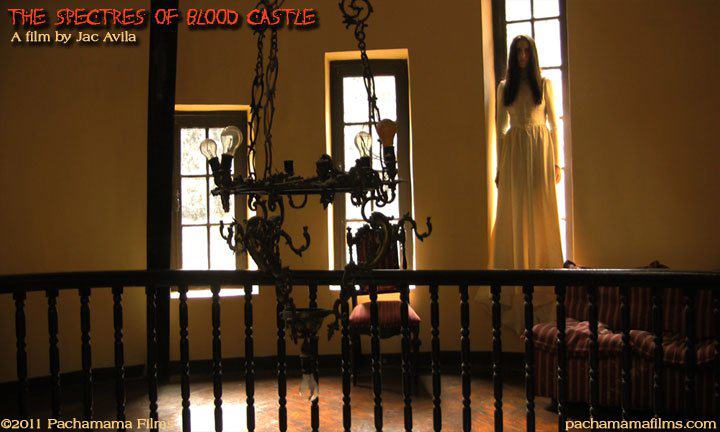 The Specters of Blood Castle is the story of a New York writer investigating a 1930’s crime of passion in a castle far in the tropical rain forest of Bolivia.

An extremely low budget film directed, shot and cut by Jac Avila and with the participation of his protagonist ladies Veronica Paintoux and Amy Hesketh. 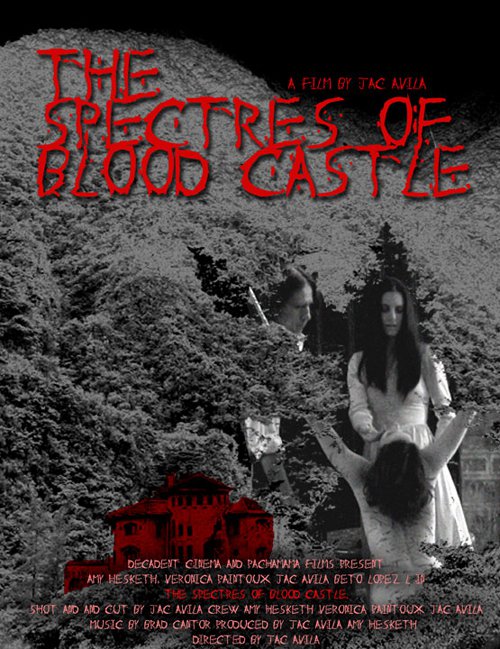 To write her story our heroine, played by Amy Hesketh, travels far into the rain forest to the abandoned castle where the crime took place.  She’s far, very far from the madding crowds, alone and isolated in this place.  Her driver will return for her in five days, he promises, as he leaves her in front of the sinister castle. 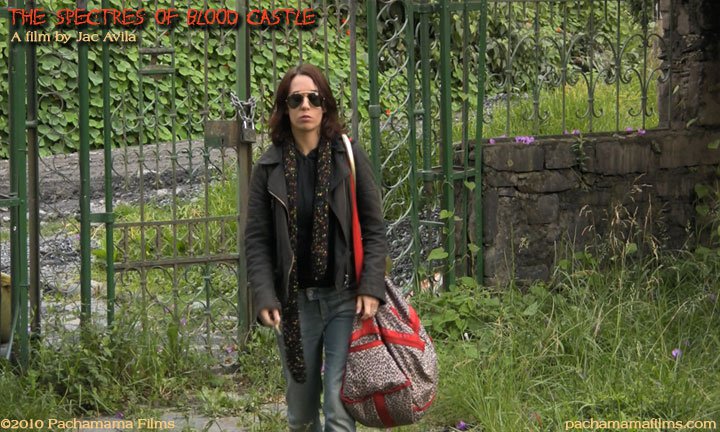 She hardly settles in when a female ghost begins to follow her around.  Soon the writer finds herself facing the ghost, then witnessing the crime, then trying to stop it from repeating itself night after night until one night she makes contact and…

This film was inspired by a dress.  Amy found a wedding dress in the very famous Feria 16 de Julio, a huge open market in the city of El Alto, 4,000 meters above sea level. For those not familiar with the metric system, that’s 16,000 feet above sea level.  Practically above the clouds. Yes.  It’s high.

You can find anything in this market, cars, guns, levys jeans from the sixties in good shape, shoes, wood, antiques, ancient medicine from the incas, lambs, little pigs, dvds, cds, cd players, cell phones, computers, whips, fedora hats… anything at all.  Amy found a weeding dress from the 30’s.

When Veronica Paintoux arrived to La Paz to shoot Sirwiñakuy, Amy asked her to try the famous dress.   The dress fitted Veronica like it was made for her.  Jac looked at the ghostly and beautiful figure of Veronica, her long black hair framing her pale face, the dress making her look like she was about to disappear … he sighed.

“You look like a beautiful ghost” Jac said to Veronica and right there he was inspired to make a ghost movie. 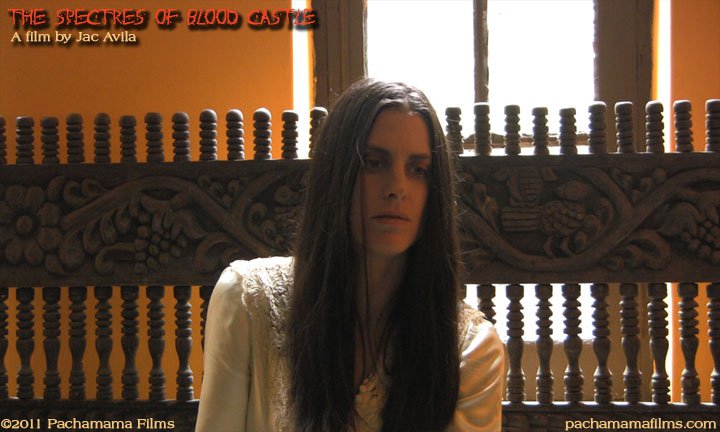 To make the ghost movie and without a script, Jac, Amy and Veronica ventured to Chulumani,  far into the tropical rain forest, to the Castillo del Loro, a real castle built with stone by prisoners of war in the 30’s.

The entire cast and crew consisted of just the three of them. The equipment: two small HD Canon HV20 cameras, one 500 watts patio light and two tripods.

Amy took the role of the writer, Veronica and Jac play the passionate, and totally insane ghosts.  Jac worked on the cinematography, the special effects and the direction, while Amy worked on the art direction and Veronica took over the make up.

They had the castle on loan for five days and four nights to make this movie.  They worked all of those 5 nights and used the days to have a vacation after 5 weeks of working on Amy’s first feature as director Sirwiñakuy. 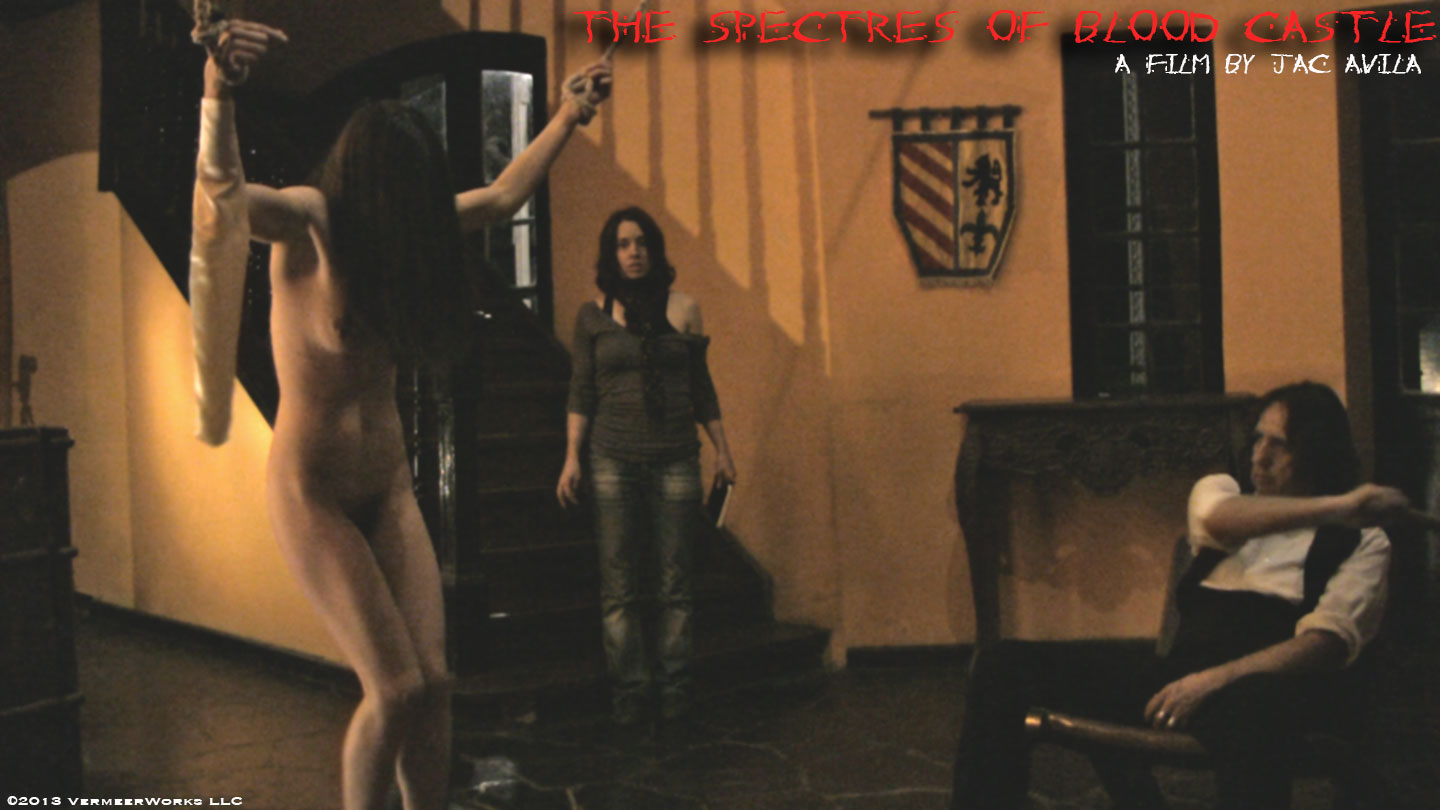