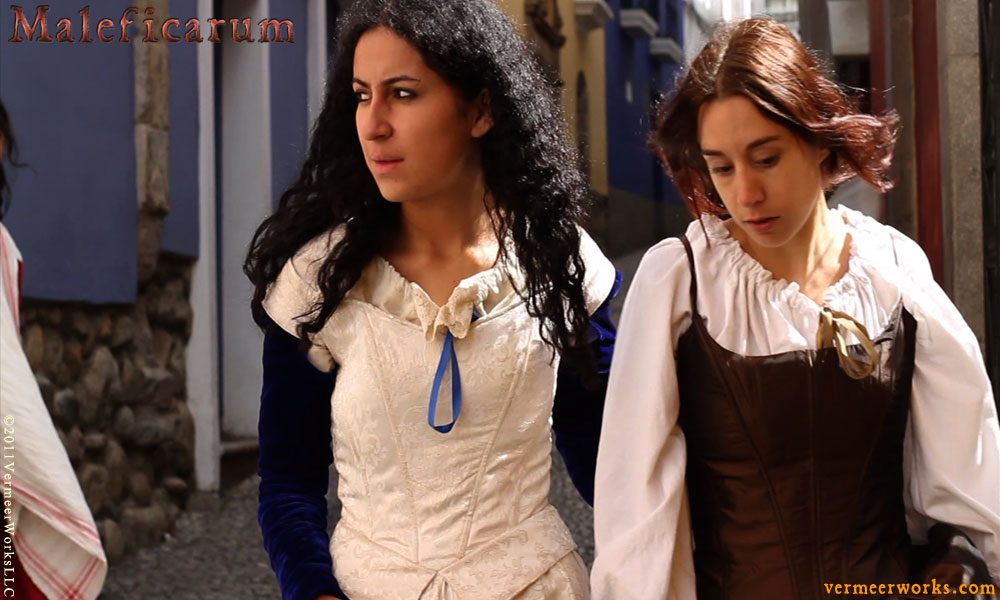 The director of the highly aclaimed Krik? Krak! Tales of a Nighmare and the celebrated mini series El Hombre de la Luna, wanted to focus on the little known history of the Holy Inquisition in the Andes.

His research took him to find the actual records of 300 years of the Inquisition in Lima, Peru. It’s reach and power went from Perú to Argentina, passing through Bolivia and Chile.

Thus Maleficarum, a tale of the inquisition, was born. Based mostly on the testimonies found on the archives of the Inquisition, the story takes a few real life characters and builds a story around them.

Maleficarum is written and directed by Jac Avila and has Amy Hesketh and Mila Joya in the leading roles of the victims of the infamous inquisitor Francisco Verdugo, played by Beto Lopez who previously worked in Sirwiñakuy .

Maleficarum began with the highest budget ever in our productions. 30 actors were cast and a “big” crew of 5 was hired. Amy Hesketh made costumes for the 30 actors, all by herself, she also build some of the props. We had other props manufactured. We rented a great location to be used as the dungeon of the Inquisition and Beto, our associate producer, obtained permission to shoot in a Colonial times street and in a couple of museums. 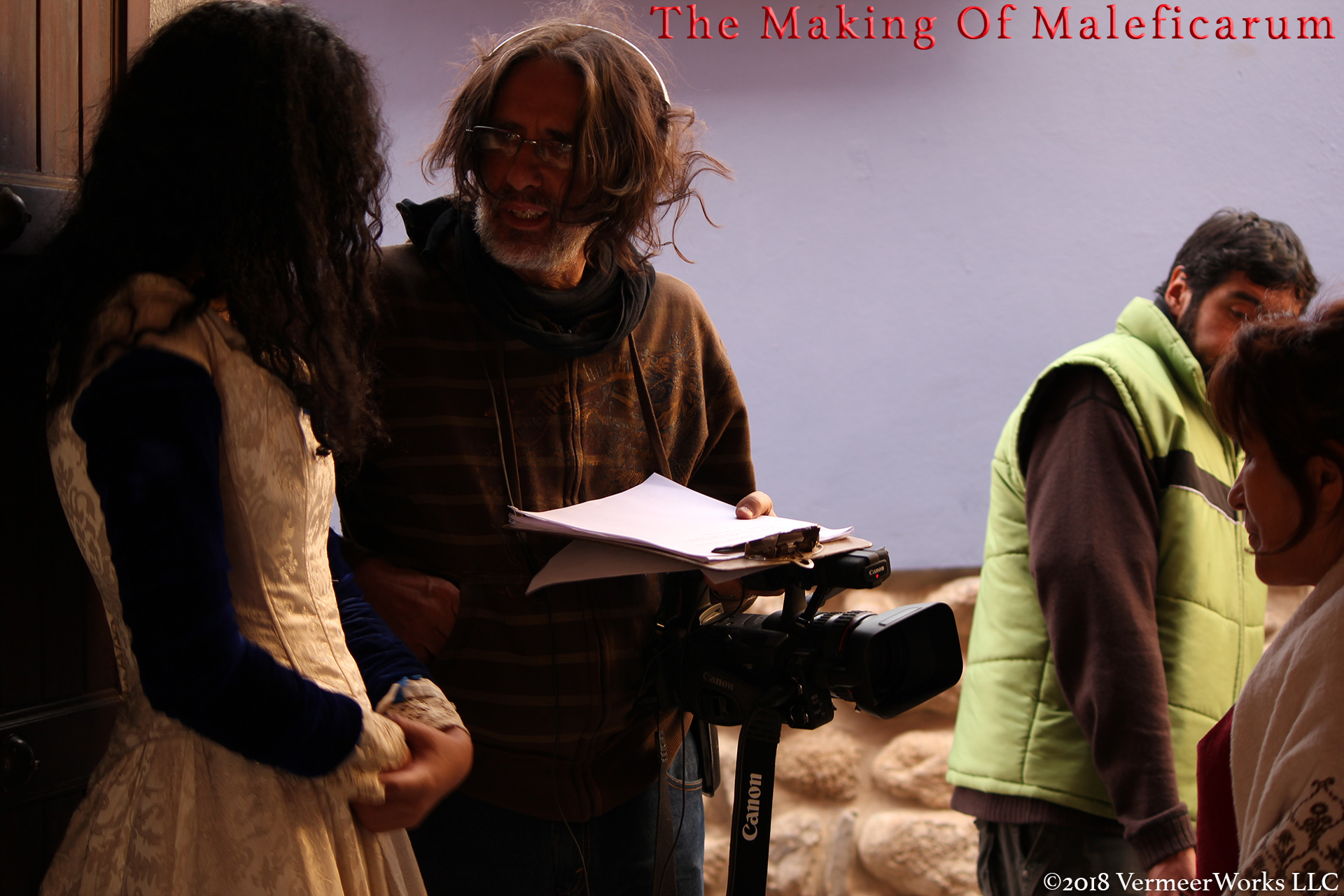 One Sunday morning in October, we began shooting in the Calle Jaen. All of the cast, in costume, and the crew gathered in the well preserved Colonial times street and went back in time to begin the story of Mariana, played by Amy Hesketh, and Francisca, played by Mila Joya, who began her acting adventure that very day.

Mariana and Francisca are the target of the inquisition and everyone in town seems to be against them.  Well, maybe not everyone.